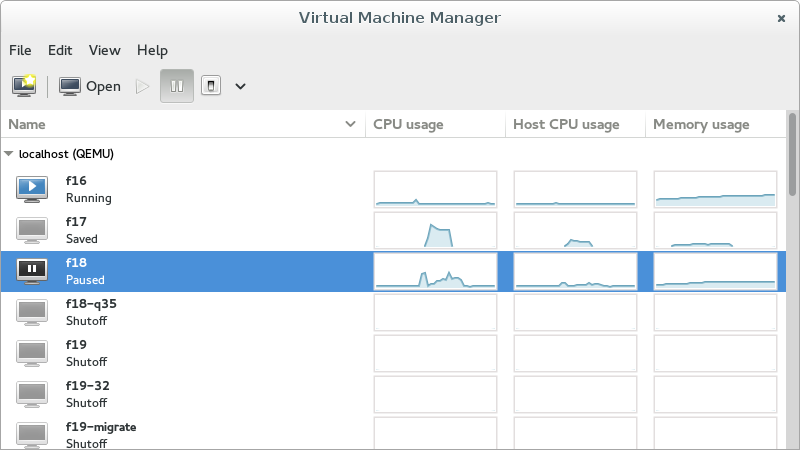 Table of Contents show
1 Requirements to use virt-manager (qemu+ssh) in Windows 11
2 More OpenSSH in Windows Server and Windows 11 / Windows 10, the series

In Februari 2020 I wrote a Dutch blog post explaining how to manage KVM virtual machines in Windows 10 over ssh. Because the Windows version of virt-manager doesn’t support qemu+ssh, you need WSL 2 and an X Server (VcXsrv) in Windows, to connect to, for this. You can read that post here (Google translate if necessary):

Windows 11 and WSL 2 made this a whole lot easier with WSLg. On Microsoft Developer Blogs, Steve Pronovost wrote a pretty in-depth post outlining the WSLg Architecture. Basically, WSLg enables you to run Linux GUI apps on the Windows Subsystem for Linux.

There are a few requirements you need to have. They’re pretty obvious:

Unfortunately, WSLg is not supported on Windows 10, see https://github.com/microsoft/wslg#pre-requisites.

What made my tasks extra difficult is that the KVM host is only reachable by IPv6, which isn’t supported in WSL 2 (yet?). Schematic, the traffic flow is like this:

Once the tunnel is established, I can use that to connect virt-manager through to kvm-3 using localhost and the arbitrary port 8822:

If all goes well, virt-manager connects and opens its screen (I munged the info in the following screenshot a bit):

As you can see, this exercise is a lot easier than it was in Windows 10 using WSL 2 virt-manager, and VcXsrv in Windows. Of course, you can skip the ssh tunneling part if your KVM host is directly reachable.

More OpenSSH in Windows Server and Windows 11 / Windows 10, the series

Here on Sysadmins of the North are more posts in a series of posts about OpenSSH in Windows. Whether it’s Windows Server or Windows 11 / 10. You may find these posts interesting:

Did you like: Connect to a KVM host through an ssh tunnel and arbitrary port in Windows 11 and WSL 2

Then please, take a second to support Sysadmins of the North and donate!

Your generosity helps pay for the ongoing costs associated with running this website like coffee, hosting services, library mirrors, domain renewals, time for article research, and coffee, just to name a few.

Extract files from an MSI package

Some links on this website are affiliate links to external businesses that provide me with a small commission every time someone subscribes for that service.

You're also welcome to donate.