The WordPress WP-Super-Cache cache plugin doesn’t minify HTML cache files, which I find a disadvantage. Knowing minify libraries, I went looking for an existing solution (why reinvent the wheel?), and found one: WPSCMin. Read on …

Why the need to minify HTML cache files?#

Minifying cache files is important in my opinion, because smaller minified files are downloaded faster. And minifying is what WPSCmin does.

The WPSCMin plugin for WP-Super-Cache relies, according to its documentation, on the mrclay/minify library, for minification of HTML, CSS and JavaScript files. And JavaScript is where it goes wrong, the repository doesn’t provide the required JSMinPlus.php file, causing PHP errors. I found the mattheu/MinQueue WordPress Plugin does ship with a minify library containing JSMinPlus.php. It is in the PHP-Minify-Lib directory, and I chose to try that one instead.

Since WPSCMin relies on mrclay/minify PHP library, you need to make a small code change if you use MinQueue’s PHP-Minify-Lib directory. In the file wp-content/plugins/wp-super-cache/plugins/WPSCMin.php, replace all occurances of

or simply rename the PHP-Minify-Lib directory.

Looking to minify Javascript and CSS with YUI Compressor and/or UglifyJS 2?

Joel of WPSCMin replied to my email (thanks!), and pointed me on the mrclay/minify releases: https://github.com/mrclay/minify/releases. The most recent release, which was in October 2014, still ships the required JSMinPlus.php file. So, when adding WPSCMin as a plugin to WP-Super-Cache, be sure to check out the minify-releases, and not only the raw GitHub head as I did.

How to make Twenty Seventeen theme full width in WordPress 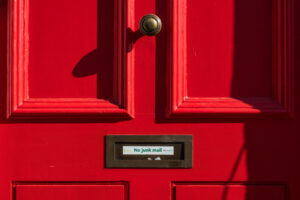