In this post I address three (3) four (4) important security steps for you, for servers running Windows Server (AD DS, DFS, IIS) and RDP.

Where possible, we’ll pursue the road of Group Policy Objects, or GPO’s. You can use a GPO to roll out a security measurement across your entire network.

The four hardening techniques I’m going to show you are (in random order):

There are more security measurements of course, maybe more on that in a later post.

Protip: talking about GPO’s, did you know you can disable SMB1 and enable NTFS long paths support in Windows Server 2016 using GPO’s?

Extended Protection for Authentication is a new feature introduced in the Windows platform since Windows Vista. This feature enhances the protection and handling of credentials when authenticating network connections by using Integrated Windows Authentication (IWA).

When Extended Protection for Authentication is enabled, authentication requests are bound to both the Service Principal Names (SPN) of the server the client tries to connect to and to the outer Transport Layer Security (TLS) channel over which the IWA authentication occurs. This is a base update that enables applications to opt in to the new feature.

You can read more about Extended Protection for Authentication on Microsoft Knowledge Base article 968389.

To be able to configure Extended Protection for Authentication through Group Policy, you’ll need to add the option to the Group Policy Management. This is easily done with a registry key.

Copy and paste the following contents into a new text file, save it as secpoladd.reg and import it into your Windows Server registry. A server reboot is not necessary.

Now you have a Group Policy Object Network Security: Extended Protection for Authentication available at:

Hardened UNC Paths is a GPO available at Computer Configuration > Policies > Administrative Templates > Network > Network Provider. When enabled, you have to specify hardened network paths, for example \\*\NETLOGON or \\*\SYSVOL, and a value such as RequireMutualAuthentication=1, RequireIntegrity=1.

You should require both Integrity and Mutual Authentication for any UNC paths that host executable programs, script files, or files that control security policies. Consider hosting files that do not require Integrity or Privacy on separate shares from those that absolutely need such security for optimal performance.

If a malicious party can spoof, tamper with, or redirect communications between the UNC provider and the target server, the malicious party may be able to cause Group Policy to execute programs or scripts with malicious intent instead of or in addition to scripts that are selected by system administrators.

Microsoft is announcing the availability of UNC Hardened Access, a new feature on the Windows platform. To provide mitigations against this and related attacks, this feature improves the protection and handling of data when Windows-based computers access UNC paths.

The Server Message Block (SMB) protocol provides the basis for Microsoft file and print sharing and many other networking operations, such as remote Windows administration. To prevent man-in-the-middle attacks that modify SMB packets in transit, the SMB protocol supports the digital signing of SMB packets.

Server Message Block (SMB) signing is a security mechanism that attempts to prevent man-in-the-middle attacks. If a network administrator configures SMB signing on clients and servers, signatures are added to the packet header. A decrypted signature by the recipient server or client indicates a valid packet. If the signature is malformed or not present, or if the SMB packet is compromised, the client or server rejects and drops the packet.

With the introduction of SMB2 in Windows Vista and Windows Server 2008, signing was improved by using a new hashing algorithm (HMAC SHA-256 replaced the old MD5). SMB3 uses AES-CMAC for signing instead of HMAC SHA-256 in SMB2.

You can configure SMB Signing in a Group Policy Object through the following path:

From time tot time vulnerabilities in the Remote Desktop Protocol are disclosed. Often these are heavily abused, sometimes they’re also wormable. We all remember BlueKeep (CVE-2019-0708), and I’m sure you don’t want an evil third party logging on to your Windows Server as an administrator, now do you?

Read this too:   Silently import .reg file in your Windows registry
Powered by Inline Related Posts

To secure RDP on your servers, it is important to stay up to date with Microsoft security updates – through Windows Update and WSUS.

There are other ways to mitigate most RDP vulnerabilities. They are so trivial they already must be deployed in your Windows Server environment. One of such a mitigation is NLA, or Network Level Authentication.

What is NLA? Network Level Authentication(NLA) is a technology used in Remote Desktop Services (RDP Server) or Remote Desktop Connection (RDP Client) that requires the connecting user to authenticate themselves before a session is established with the server.

So by using NLA, you basically eliminated the possibility for attackers to brute-force your RDP servers, because NLA forces users to authenticate before connecting. Requiring NLA in your network dramatically decreases the chance of success for RDP-based worms.

While you’re at it, also enable Set client connection encryption level, and set it to High Level.

Well, don’t forget to disable SSLv3 and TLS 1.0, and to disable SMBv1. Straighten out your supported Cipher Suites in TLS/SSL (Schannel SSP) too. Speaking of IIS security, Acunetix provides you with 8 tips to secure your IIS installation! Also, have a look at Windows Server 101: Hardening IIS via Security Control Configuration for a long list of security controls.

I hope you’ve enjoyed this post and could implement the tips provided Let me know with a comment! :-)

My name is Jan. I am not a hacker, coder, developer, programmer or guru. I am merely a system administrator, doing my daily thing at Vevida in the Netherlands. With over 15 years of experience, my specialties include Windows Server, IIS, Linux (CentOS, Debian), security, PHP, WordPress, websites & optimization.
Want to support me and donate? Use this link: https://paypal.me/jreilink. 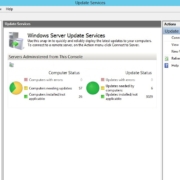 How to turn off the TLS default in FileZilla?

Ghost on IIS with HTTPS, how to resolve a "Too many redirects" error 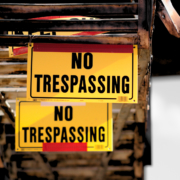 How to send authenticated SMTP over a TLS encrypted connection, in PHP, ASP and ASP.NET?
0 replies

Want to join the discussion?
Feel free to contribute!

How to disable SMBv1 in Windows 10 and Windows Server